BCCDC monitors trends in antibiotic resistance and antibiotic utilization in BC to help understand areas of improvement and areas of concern. View the interactive dashboards at BCCDC Antimicrobial Resistance & Utilization.

Antibiotic resistance cost Canadian hospitals about $1.4 billion a year according to a 2018 report by the Council of Canadian Academies. If no action is taken, this amount could increase to almost $120 billion over the next 30 years.

Each time we avoid using an antibiotic inappropriately, it’s an opportunity to prevent antibiotic resistance and reduce the strain on our health care system. See the full research report When Antibiotics Fail from the Council of Canadian Academies.

Continued misuse and overprescribing of antibiotics have dire consequences for our health care system. Two reports in 2020 by the World Health Organization (WHO) show that the lack of new antibiotics undermines efforts to combat drug-resistant infections.

New treatments alone will not be sufficient to combat the threat of antimicrobial resistance. The World Health Organization is calling for a global effort to preserve the effectiveness of our current treatment options.

FAQ
Resources for the Public 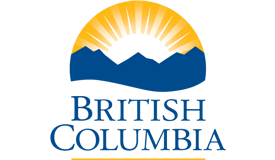 Back To Top
WordPress Lightbox